In a recent report conducted here at The Awkward Shaka, it has been revealed that over 80 percent of so-called Superfights are really not that super. 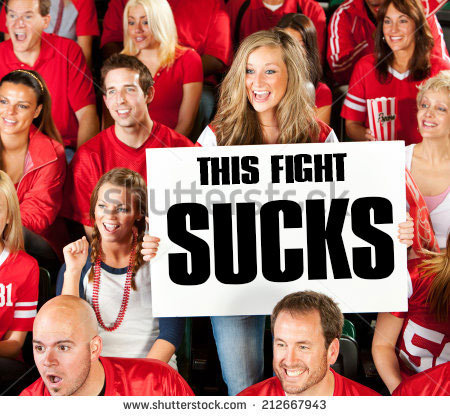 The test showed that a large majority of these matches involved a couple of sweaty guys shoving each other for 19 minutes then spazzing out for the last minute in an attempt to get points or a submission. The term superfight was originally coined as a way to differentiate special single matches from the usual, tournament-style match. It seems now that superfight has become a catch-all term for “any fight that isn’t part of a tournament”. We at the Awkward Shaka propose a new rule that strictly limits the usage of the term superfight, and only allows actually good fights to be labelled superfight. Having said that, I’ve said the word superfight so many times it has now lost all meaning. Superfight superfight superfight. Lemon.