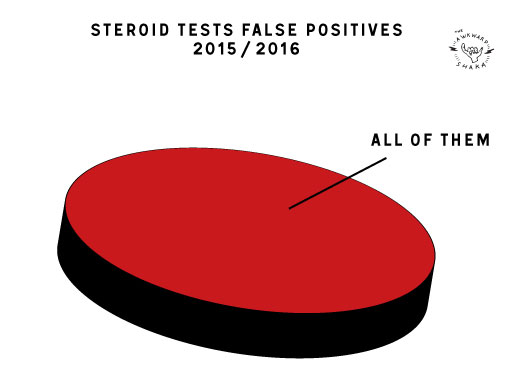 After extensive review of the facts, Awkward Shaka can now reveal that every single positive steroid test in BJJ (and MMA) in recent history was in fact just a silly mistake of some kind.

Although it may seem statistically highly unlikely, every athlete who was caught with his or her hand in the steroid jar had a perfectly valid excuse for it.

Reasons for false positives in steroids tests have included:

“We have millions of dollars’ worth of equipment, that can analyse the properties of materials right down to the molecular level, but can’t tell the difference between someone on the juice, and someone who accidentally drank a week-old Red Bull with some dodgy protein powder in it. For shame.” Dan committed seppuku shortly after giving this statement.